THE HISTORY OF DIAPERS

This means that for thousands of years, individuals had to deal with baby bowel movements in other ways. Elizabethan times allowed for a cloth type of diaper, however, it was changed so infrequently that several days worth of waste accumulated. Other ancient diapers consisted of animal skins, moss, linens, leaves, and the like. Some babies in tropical environments never had ancient diapers at all because they were mostly naked!

The history of diapers began a major evolution in the early 1800s. At this time cloth diapers were used, however they were rarely washed but just dried before reapplying. However, individuals started to realize the importance of diapers in protecting furniture, and more importantly, their baby’s skin. Soon, cloth diapers began improving somewhat, as well as the hygiene. The 1940s experienced a bit of revolution, but it would be the 60s and 70s that saw a major development in disposable diapers. 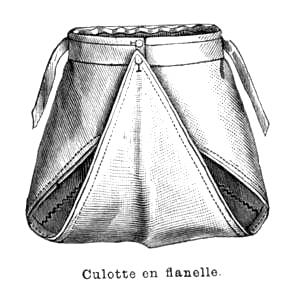 In the 1950’s, there was another big change in the diaper. Mrs. Hellerman – owner of a diaper service in Milwaukee – went to the Kendall Company, which made Curity brand diapers, with a new invention. It was a fold that put extra cotton layers in the center of the diaper and made it the right size for most babies. The fold was sewn shut, and the prefolded diaper was born.

The history of diapers only continued to improve throughout the 80s and 90s with new technology, lighter yet more absorbent fabric, and cute designs. Today, diapers are becoming more comfortable, thinner, and environmentally sound. Comparing today’s diapers with ancient diapers, or even cloth diapers, one can see a major difference. Yet diapers still continue to change. The history of diapers looks as if it will continue on forever. 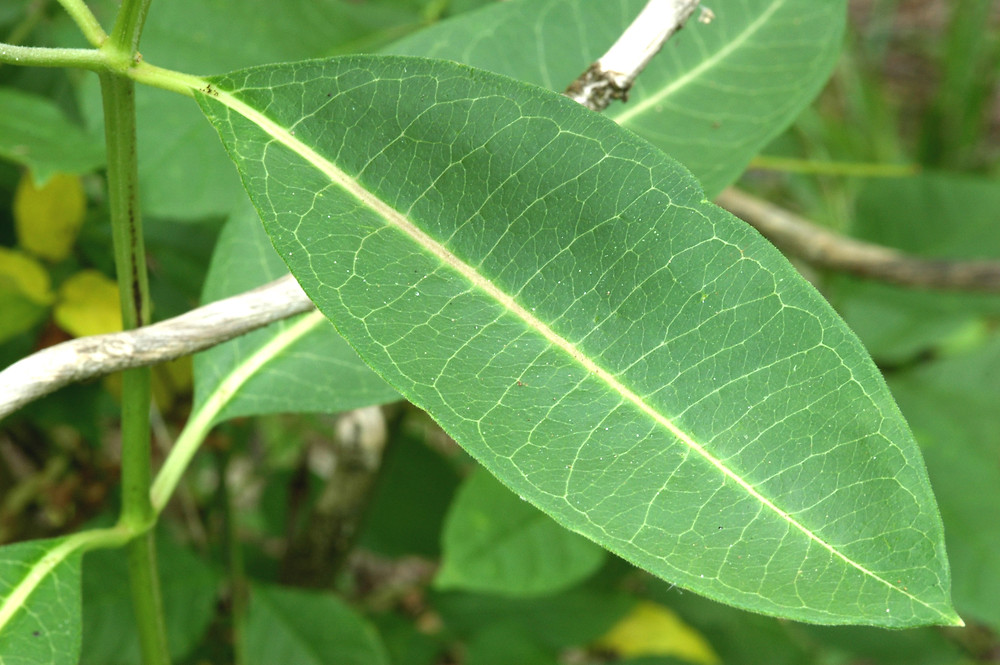 animal skins, and other natural resources. Babies were wrapped in swaddling bands (antiquity or strips of linen or wool were wrapped tightly around each limb and then crosswise around the body)in many European societies. Innuits, an Eskimo people, placed moss under sealskin. Native American mothers and Inca mothers in South America packed grass under a diaper cover made of rabbit skin. In warmer tropical climates, babies were mostly naked and mothers tried to anticipate baby’s bowel movements or urinations¦this would be called elimination communication today and is still practiced.

Late 1800’s – infants in Europe and North America were wearing the progenitor of the modern diaper. A square or rectangle of linen, cotton flannel, or stockinet was folded into a rectangular shape and held in place with safety pins.

20th Century – In the early part of the century, cloth users were boiling diapers as they became aware of bacteria. During World War II, the increase of working mothers brought the need for the “diaper service”. Fresh cotton diapers would be delivered on an as-needed basis.

The first disposable absorbent pad used as a diaper was probably the one made from unbleached creped cellulose tissue (held in rubber pants) in 1942 by Paulistr in Sweden. The use of the creped cellulose tissue may have been because cotton had become a strategic material due to the war effort. A few years later in the United States, in 1946, a Westport housewife named Marion Donovan, invented the “Boater”, a waterproof covering for cloth diapers. Her first model of the disposable diaper was a conventional cloth diaper inserted into shower curtain plastic. Marion was granted 4 patents for her designs, including the use of plastic snaps that replaced the traditional and dangerous “safety pins”. In 1950, the prefold diaper was invented by a diaper service owner and produced by Curity. Also in 1950, the Safe-T Di-Dee diaper was invented. The diaper was preformed and was the first pinless, snap-on diaper. It was invented by Sybil Geeslin (Kennedy) who subsequently sold the patent when she needed money to build a house. They were then sold as Keystone Safe-T Di-Dee Diapers and were nationally distributed.

With the 60’s, the disposable diaper evolved quickly. Instead of tissue, a pulp mill was introduced. Using cellulose fibers instead of paper improved the performance of the diaper.

Recent years have brought many “improvements” to disposable diapers. However, in the early 90’s, cloth diaper users remerged with environmental issues concerning the use of disposables. By the late 90’s and the beginning of the next decade, many large cloth diaper manufacturing companies were well established.

In 1995, the Motherease company was formed and began selling by mail order in the US, although the owner (Erika Froese) had been developing and selling her diapers since 1991 (mostly in Canada) and using cloth since 1981. They are one size diapers called Sandies, named after one of her children.

Catherine McDiarmidâ€™s BornToLove.com, a Canadian site, was one of the first major diaper sites to emerge in 1997. BornToLove.com is recognized for its extensive articles on cloth diapers, and is still a great resource to this day.

In 1999, Poochies and HoneyBoy! diapers were developed and became quite popular. HoneyBoy diapers were so popular, in fact, that the owner, Jodi Mack, would often auction off her wares for over $200.00 per diaper. Cuddlebunsâ„¢ Cloth Diapers were introduced to the diapering community in 1999 and were a one-size diaper that could fit babies from infancy to potty training. All three of these diapers brands eventually became available for the general public to sew through cottage licensing, and are now owned by BabyByYou! Also in 1999, Kissaluvs started an online business to sell fitted and contour diapers. These years also saw a tremendous amount of growth in the amount of moms who begin sewing their own diapers.

In 2000, the ever popular Fuzzi Bunz opened an online store selling the Pocket Diaper, as invented by the WAHM owner, Tereson. Originally, they were fleece on the outside and the inside. Later they were made with PUL outers and fleece inners. Both looks were different from what you see today.

Stacinator fleece diaper covers also came out in 2000, and became very popular. This company has since been sold to Happy Heinys.

The phrase “hyena” was also coined around this time, or shortly thereafter, when Kendell from Freshies commented on how all the diapering mamas were so ruthless in their stalking of hard-to-get diapers. She said, in a joking way, that “they’re just like a pack of hyenas, closing in for the kill”….and the term stuck. So now hyena diapers are the hard to get, but much sought after diaper brands available today.

The year 2000 also brought about the Diaper Pin, a web site with cloth diapering articles. It is a place to review all the cloth diaper brands available.

In 2002, Happy Heinys pocket diapers came on the scene, and have proven to be a very popular and reliable cloth pocket diaper.

In 2003, “Wahm Boutique” and “Tuesday Bear” (the first WAHM congos for diapers) and other WAHM items were opened to the public, blazing a trail for WAHM conglomerates of today.

Also in 2003, wool soakers became instantly popular, which resulted in a slew of WAHMs selling hand knit wool covers/soakers. DryBees pocket diapers also hit the scene and quickly became a favorite. In 2004 and 2005, the soakers evolved into wool longies or pants. Both are equally popular today.

2002 and 2003 are also known by many experienced cloth diapers WAHMS as the diaper war years. Larger cloth diaper companies began threatening smaller ones with legal action and accusations of pattern or patent infringement. Motherease threatened legal action as they tried to protect their pattern for the one size diaper, and Fuzzi Bunz threatened legal action to protect their patent on pocket diapers. Many small WAHM diaper makers closed, deciding that the industry was too cutthroat.

In 2004, Karen Fegelman, the owner of Kool Sheep Soakers, figured out how to program a simple shopping-cart system that would not oversell, and that would be super-affordable and easy for a WAHM to use. Hyena Cart was born. It is still used by WAHMS everywhere today as their only method of selling or as a supplement system.
2004 and 2005 were also the host to an explosion of growth in the cloth diapering community. Many new cloth diaper sewing and retail businesses were started. The presence of WAHM congos also saw a tremendous amount of growth.

Also, in 2004 and 2005, designer diapers were the rage. Some more sought after brands can be sold at auction for $200-300.00, with some charity auctions bringing in over $500.00 for cloth diapers. Online forums exploded with cloth diapering communities (MDC taking the lead) and many new web sites dedicated to cloth diaper information. Diaper sewing is a hot pastime and many online resources, patterns, and diaper fabric stores were opened.

2009 – GroVia introduced the Hybrid cloth diaper. BioSoaker by the Natural Baby Company received a patent for their product.

2010 – Boingo Baby Diaper Fastener (Us Patent Pending) hit the market as the first innovation for diaper fasteners in 25 years. An Alternative for diaper pins it gained quick popularity and regularly sells out due to supply and demand.

2012 – saw explosion of cloth diaper “co-ops” on the website Facebook where groups of people would purchase cloth diapers in bulk from the manufacturer and distribute them to the members.Lalabye Baby modern cloth diaper with custom print.

May 2012 –  Lalabye Baby launched as a modern cloth diapering company. Desiring to combine a love for cloth diapers and a passion for design, Lalabye Baby was created to provide a high quality, safe, eco-friendly diaper at an affordable price. Along with their diapers, they hope to bring an awareness to the alarming amount of waste being produced by disposable diapers.

2013 – the Cotton Babies company was awarded a patent for their bumGenius diaper. This caused a resurgence of the “diaper wars” in 2002, with Cotton Babies pursuing Facebook co-ops, small business, and WAHM for patent violation.

In 2014 Diaper Diamond received a patent for their cloth diaper sprayer shield that makes rinsing cloth diapers easier and cleaner.

In 2015 bumGenius releases their upgraded 5.0 Pocket diaper model. It features an updated stay-dry inner fabric and now stretches to provide a secure fit. The pocket in the back is also more trim to lay flatter.

THE KIND OF GUYS YOU WILL SURELY REGRET DATING

AWESOME YORUBA DEITIES YOU MUST KNOW ABOUT

Why are Libras the best long term partners